Ever since smartphone cameras became commonplace and you could quickly and conveniently grab a picture of anything anywhere, I’ve been taking pictures of unusual or interesting signs I come across.

I find signs fascinating from a design perspective. Sometimes you hear people cynically say that if you see a sign telling you not to do something, it means somebody did that thing. This probably isn’t quite true, but signs usually are placed to solve some kind of problem, whether it’s occurred in the past or only in someone’s overactive imagination, and it’s fun and instructive to try to identify what that problem is.

Sometimes it’s pretty straightforward. For instance, there’s the long list of specific things you can’t do: 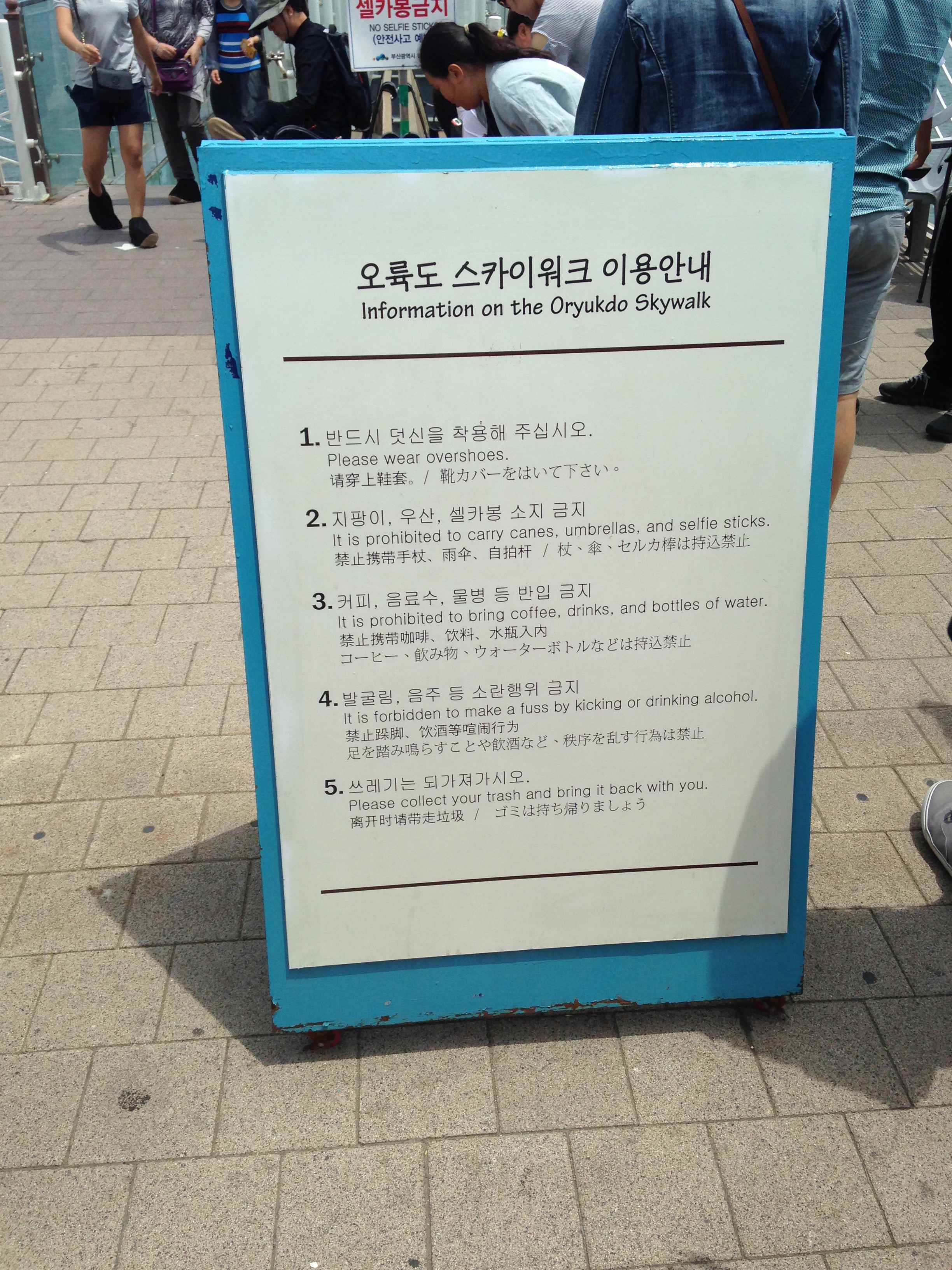 (My favorite is, “It is forbidden to make a fuss by kicking or drinking alcohol.” At least in the English version, both are apparently fine as long as you don’t make a fuss, as is arriving already drunk, or kicking without making a fuss.)

These get much funnier when they call out a specific behavior, like this sign Wal-Mart started posting recently: 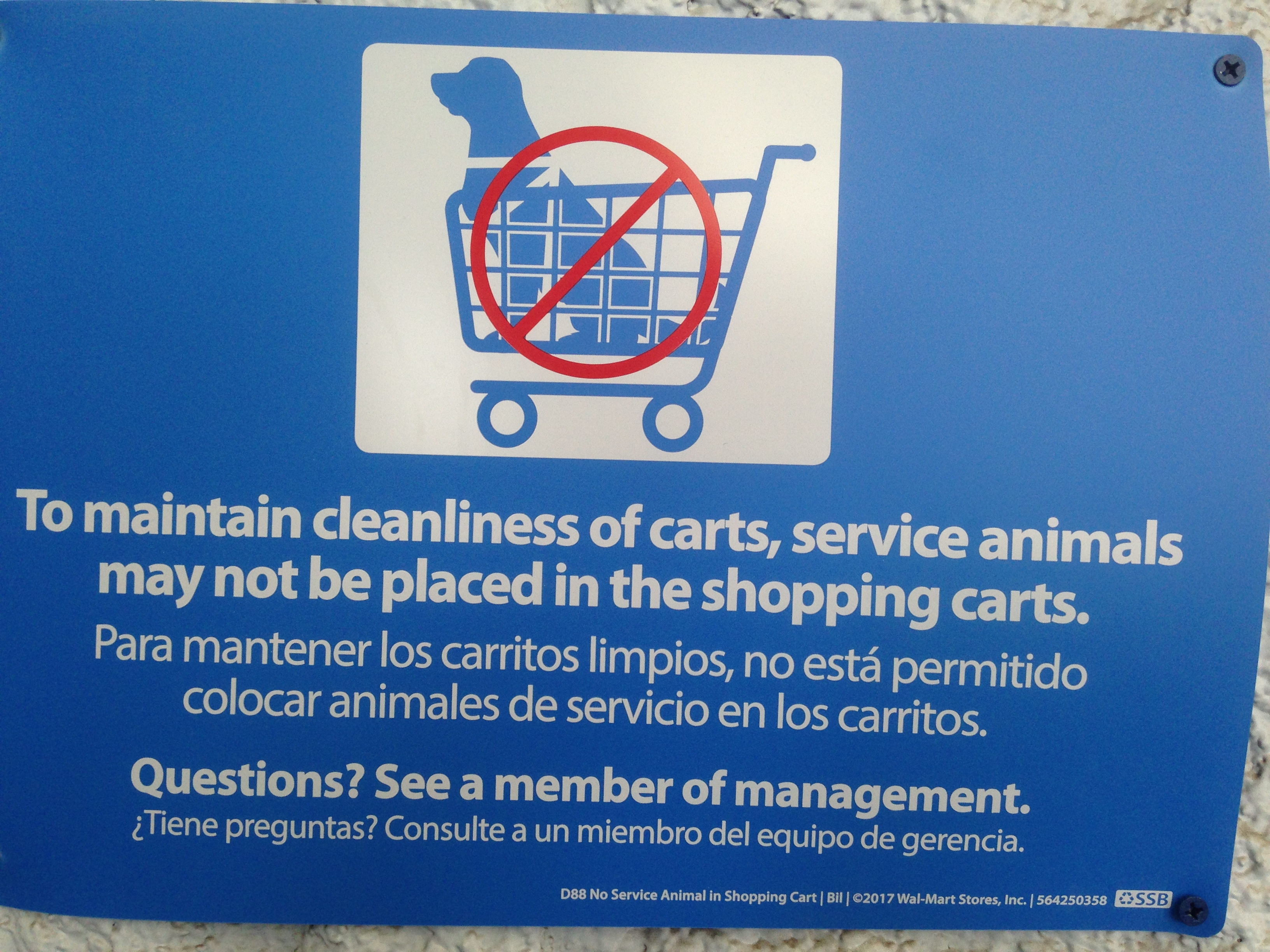 They get weirder. I spotted this one outside a motel in Minnesota. Who the heck makes these prefabricated “no-dog-peeing” signs?! If I can find out, maybe I should get one for my yard. 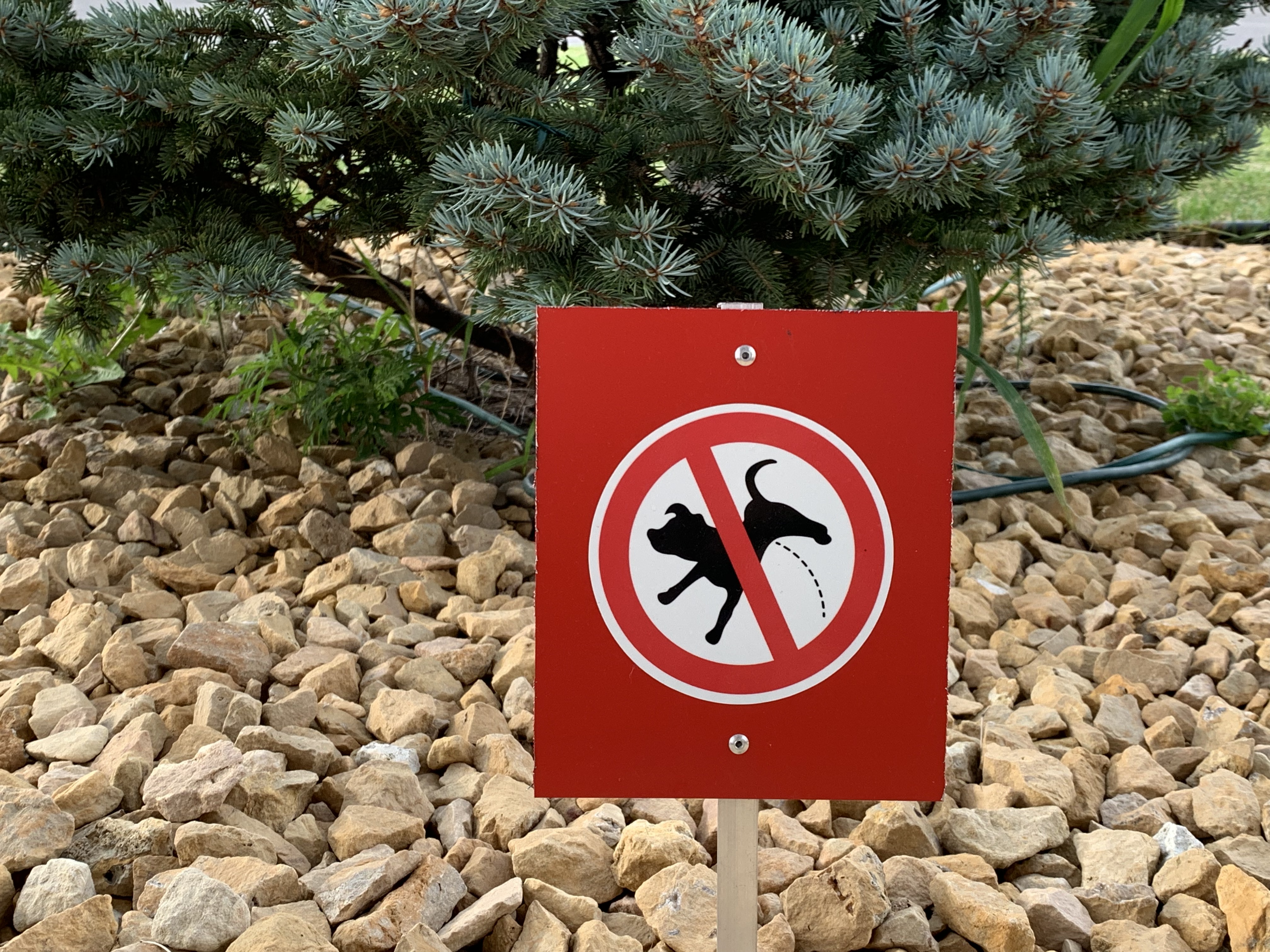 And other times they get so specific you start to wonder if anyone will ever actually try to do that thing again (I’m quite confident this one is a manifestation of “someone did that”): 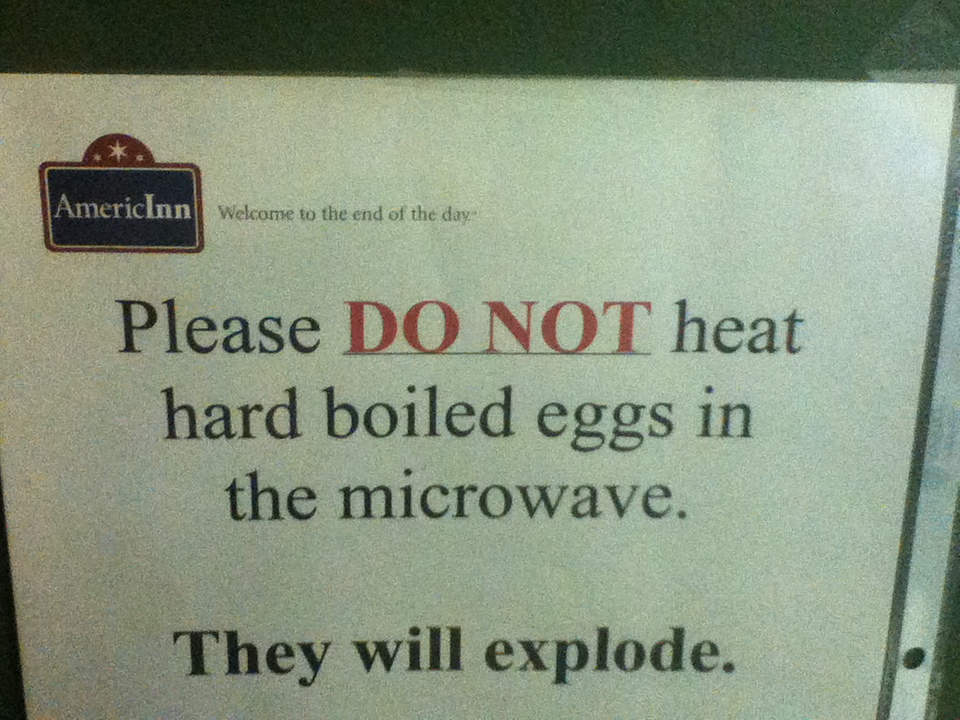 But sometimes they point out that something’s been designed poorly, and this is where they get really interesting. The sign is being used in a last-ditch attempt to cover over the design problem (with limited success, because as everyone who’s worked in any service industry knows, people rarely read signs). Starting to identify these kinds of signs is great practice for spotting small problems you might be able to actually fix instead of just papering over. For instance, this one draws attention to the fact that some combination of the toilet and toilet paper evidently flushes especially poorly: 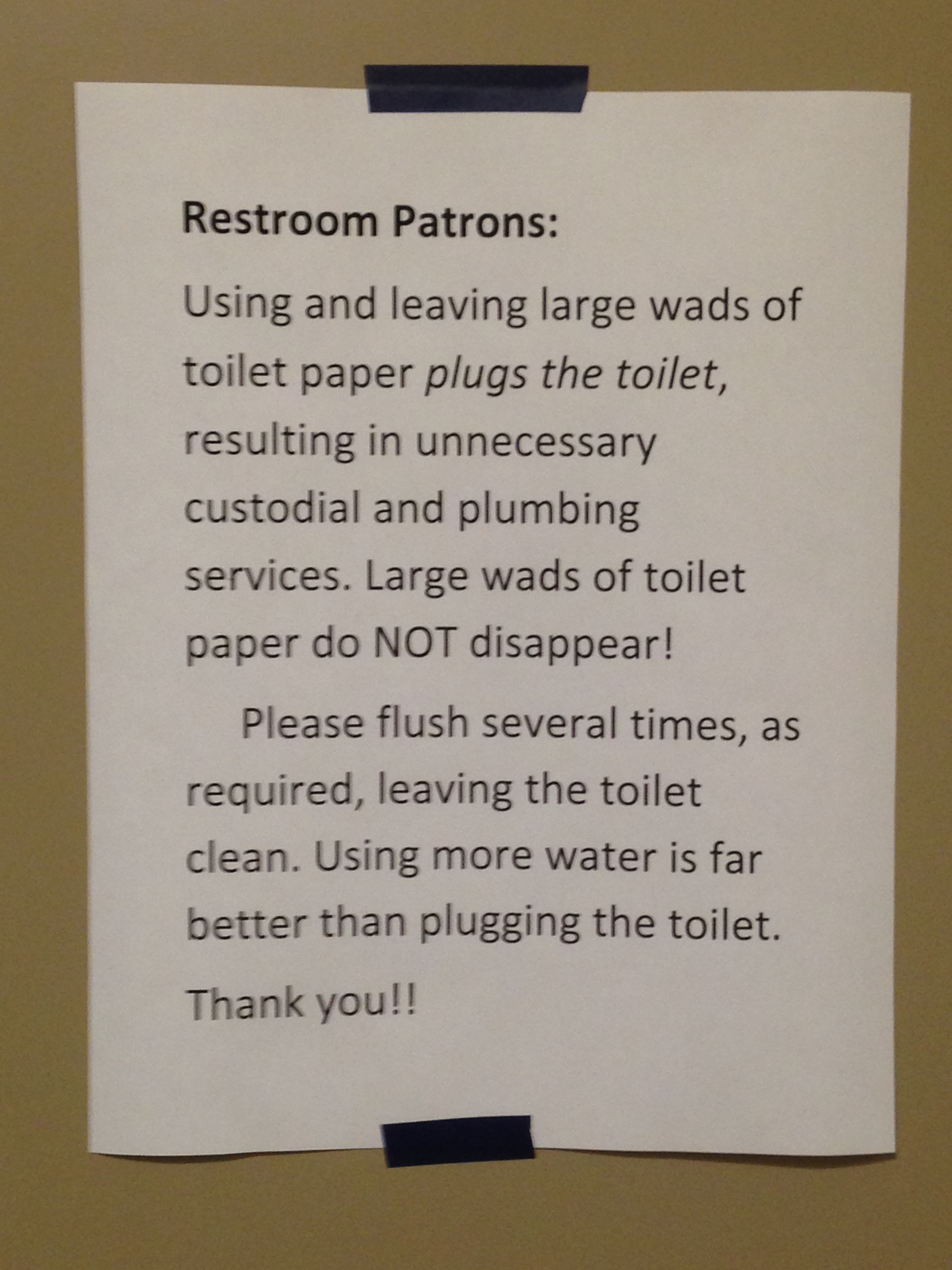 These boxes probably shouldn’t just be sitting in a public place on a table: 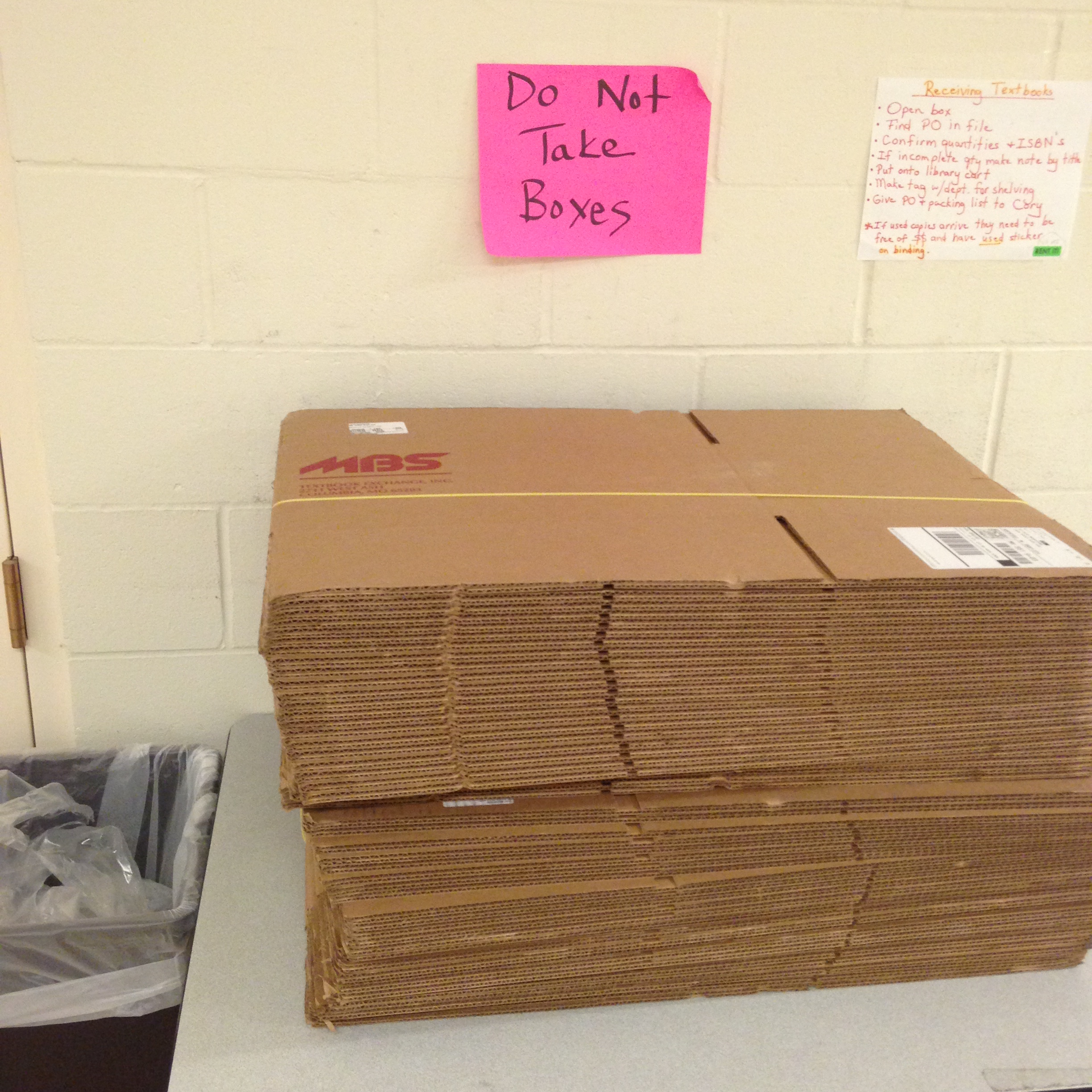 Here it seems nobody can decide on how the door should be used (they should figure that out first!), but once they do, an automatic lock or no lock should likely be used: 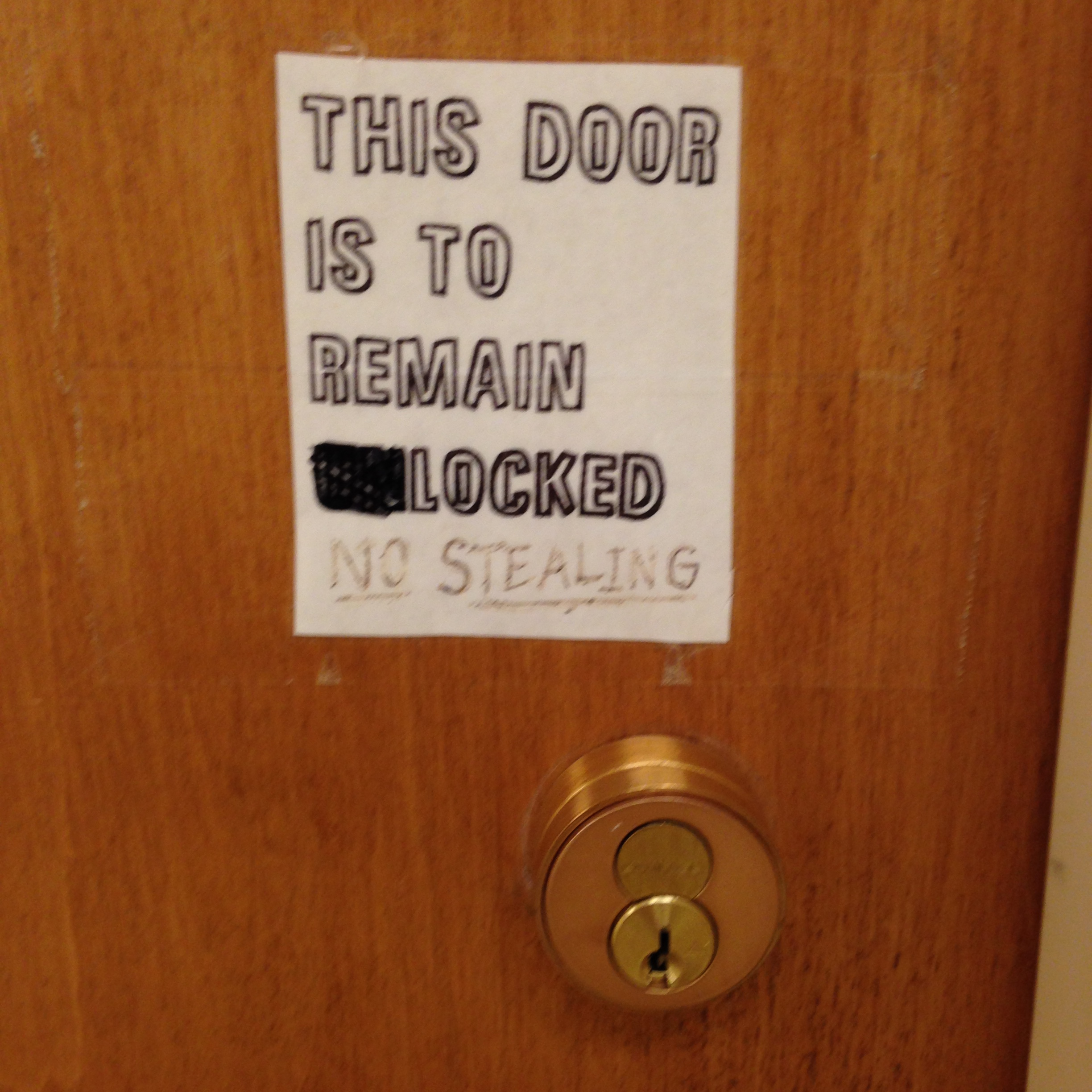 This door was installed without a window in a place where you can’t stay out of the way of the door while approaching it: 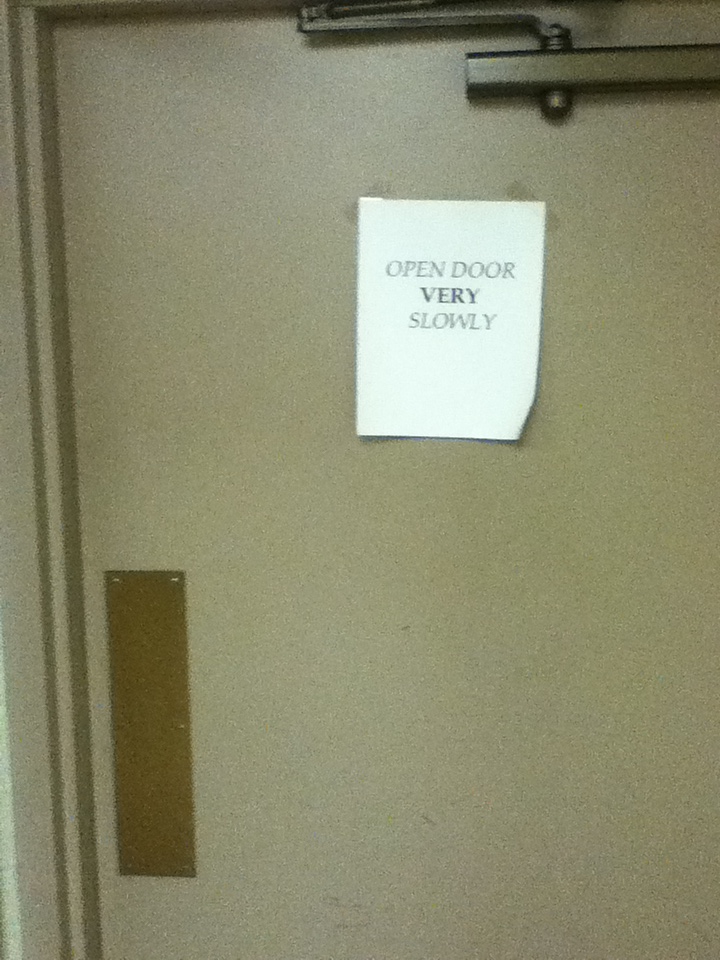 And one of my recent favorites was this entire device – with a complicated sign explaining its use. The need for this whole dumb device and all of the disposable paper it dispenses could have been eliminated by the simple expedient of having the restroom door swing the other way so you could open it with your shoulder. To add insult to injury, the space inside the door was so small you practically had to lean against the wall to open it, and there’s no way someone with a wheelchair or other mobility device could have managed. 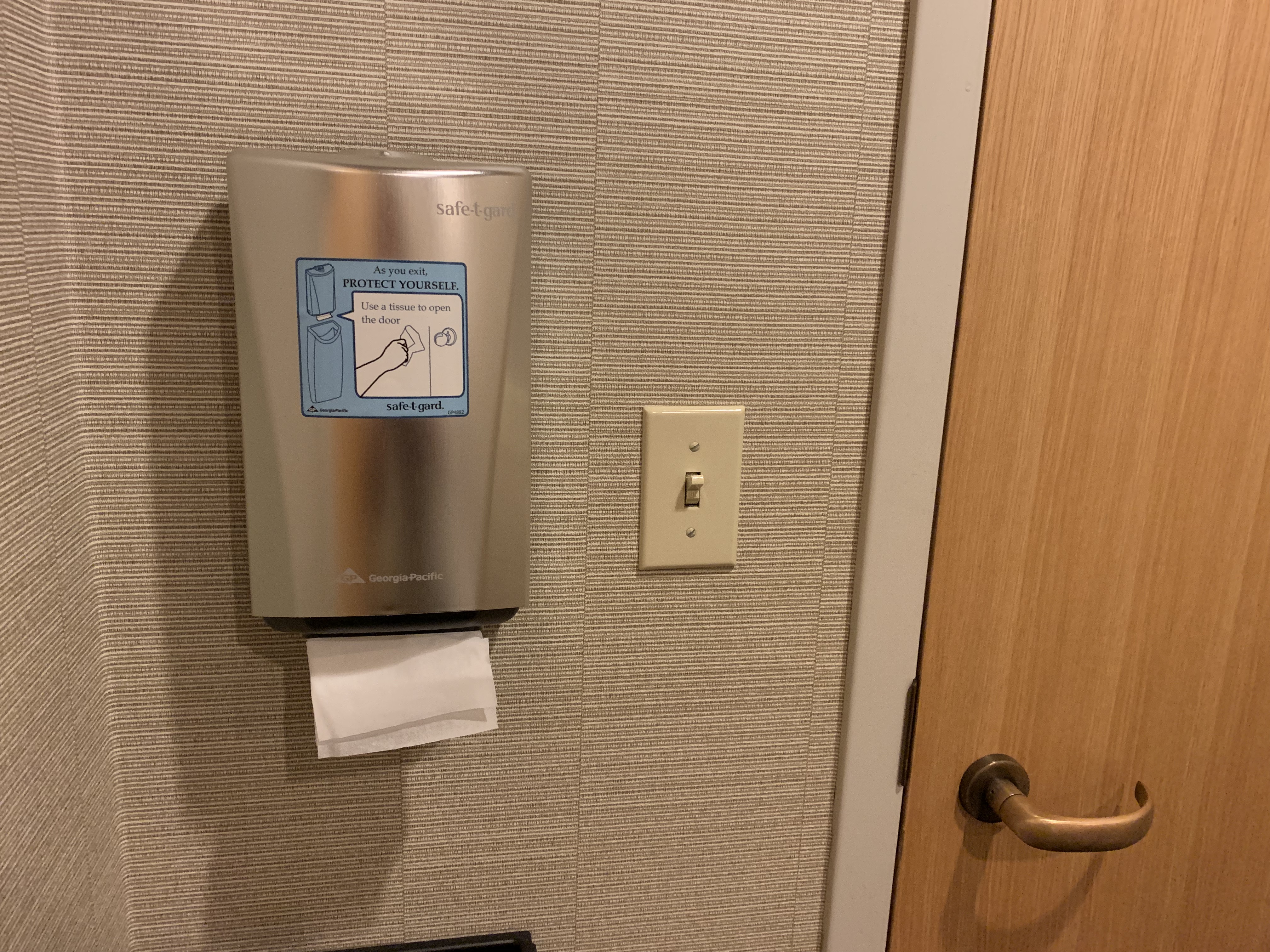 I’ll leave you with “How to Use a Toilet,” an informational display on the Shinkansen bullet trains in Japan. It teaches a great deal about cultural differences in toilet use in Asia. 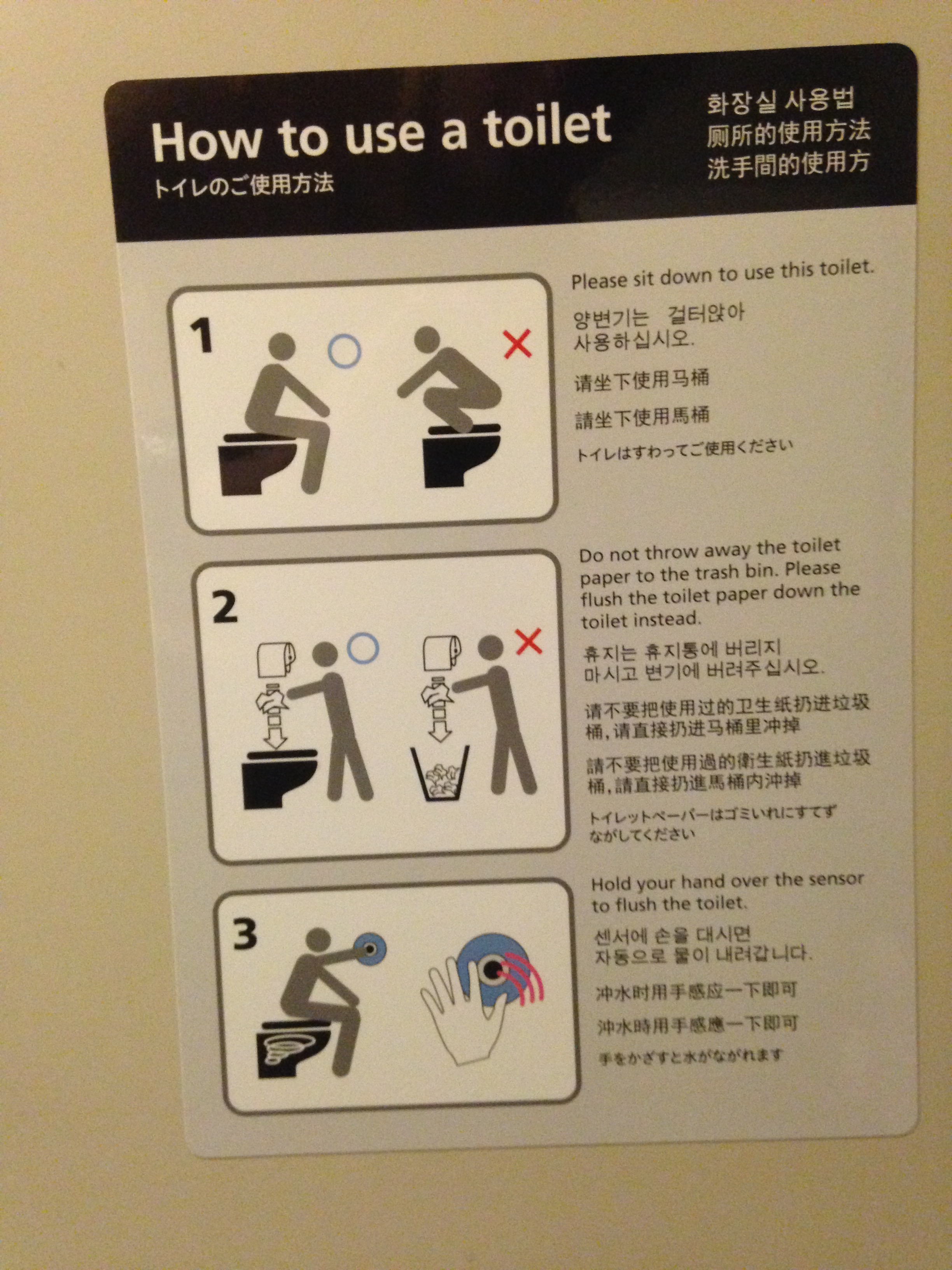 Figures expressed in percentages are ubiquitous, and interpreting and doing calculations with them is an important part of the basic mathematical lit...

Our data on contraceptive failure is terrible, and our education is worse. How can we as individuals improve our chances of avoiding unintended pregnancies?