The computer mouse is a fabulous invention. It makes many things that would be extraordinarily frustrating without one (editing images and videos, finding options in complicated programs you hardly ever use, panning around 3D models) easy.

It also has a fatal flaw: no matter how often you perform a particular task with a mouse, you still have to pay attention to where you’re moving the mouse and targeting and clicking, and there’s no way to make this task any faster or more reliable. This problem has only gotten worse over the years as monitors have gotten larger – in order to avoid having to move the mouse vast distances across the desk, we’ve had to make our mice more sensitive, which means a difference of a millimeter in the position of your mouse on the desk can now make the difference between hitting a small button and missing it.

That’s where keyboard shortcuts come in. Unlike pointing and clicking using visual feedback, pressing a particular sequence of keys using touch can become automatic and unconscious, so you can get faster at activating the same functions and, even more importantly, stop having to think about how you’re doing them. The fewer things you have to consciously think about, the more concentration you can apply to the actual task you’re trying to accomplish.

Top-quality software applications should absolutely have excellent support for navigating around intuitively using a mouse. It should also be completely unnecessary to use the mouse unless you want to. When using a truly well-designed program that you’re intimately familiar with, you can unplug your mouse and put it across the room and continue using the software just fine.

I recently heard an anecdote about a guy who had mastered one of the old line editors, where you can’t actually see a visual representation of the file you’re editing but instead type funny commands like :23,43p and +3t and s/\([a-z]\){3}-\([0-9])/\2\1/g (for the uninitiated, no, that’s not a joke, that’s a regular expression) to view lines of and make changes to the file. The video card in his computer stopped working while he was in the middle of an important project, so the monitor no longer displayed anything. While he was waiting for a new video card to come in, he printed out a copy of the program code and, referencing it and making notes with a pencil about what he had changed in the system, continued typing blindly, writing and editing code productively for four days without being able to see anything on the screen. That’s what a well-designed keyboard interface can do for you. It may not be quite so intuitive at the beginning, but once you take the time to learn it, it’s a more effective way to use the machine.

The best way to learn keyboard shortcuts is two or three at a time. Start paying attention to what actions you take on your computer most frequently. Once you identify some that you take particularly often or that are particularly slow or annoying to perform with the mouse, look near the buttons you’re clicking or hover your mouse over them to get the tooltip and see if a shortcut is listed. If there’s nothing shown, don’t give up yet – hit Google and search for something like myprogramname myaction keyboard shortcut. There are often hidden shortcuts that don’t appear anywhere in the interface (this is poor design but unfortunately quite common).

Once you’re using those shortcuts without thinking about it, pick another couple. Before long, you’ll be zooming around with your hands still on the keyboard.

Here are a few broadly useful shortcuts to get you started. If you’re using a Mac, unless otherwise noted, replace “Ctrl” with “Command” and “Alt” with “Option”.

If you don’t know all of these shortcuts, you should drop everything and learn them immediately – they’ll save you time and trouble every single time you touch a computer.

Most people spend a lot of their computer time in a web browser nowadays. Here are some helpful browser shortcuts.

Occasionally a function you use frequently won’t have a keyboard shortcut. This is extremely annoying, but there are ways around it, depending on your operating system.

Here’s a sneaky trick: even if a menu option doesn’t have a normal keyboard shortcut or you don’t remember it, you can get to it without touching the mouse. Here’s how:

For some odd reason, Macs have never supported menu access keys. However, you can set up a custom keyboard shortcut for any function that’s on an application’s menu, which at least helps if you need to access that function frequently. You can find this option in System Preferences → Keyboard → Shortcuts → App Shortcuts: 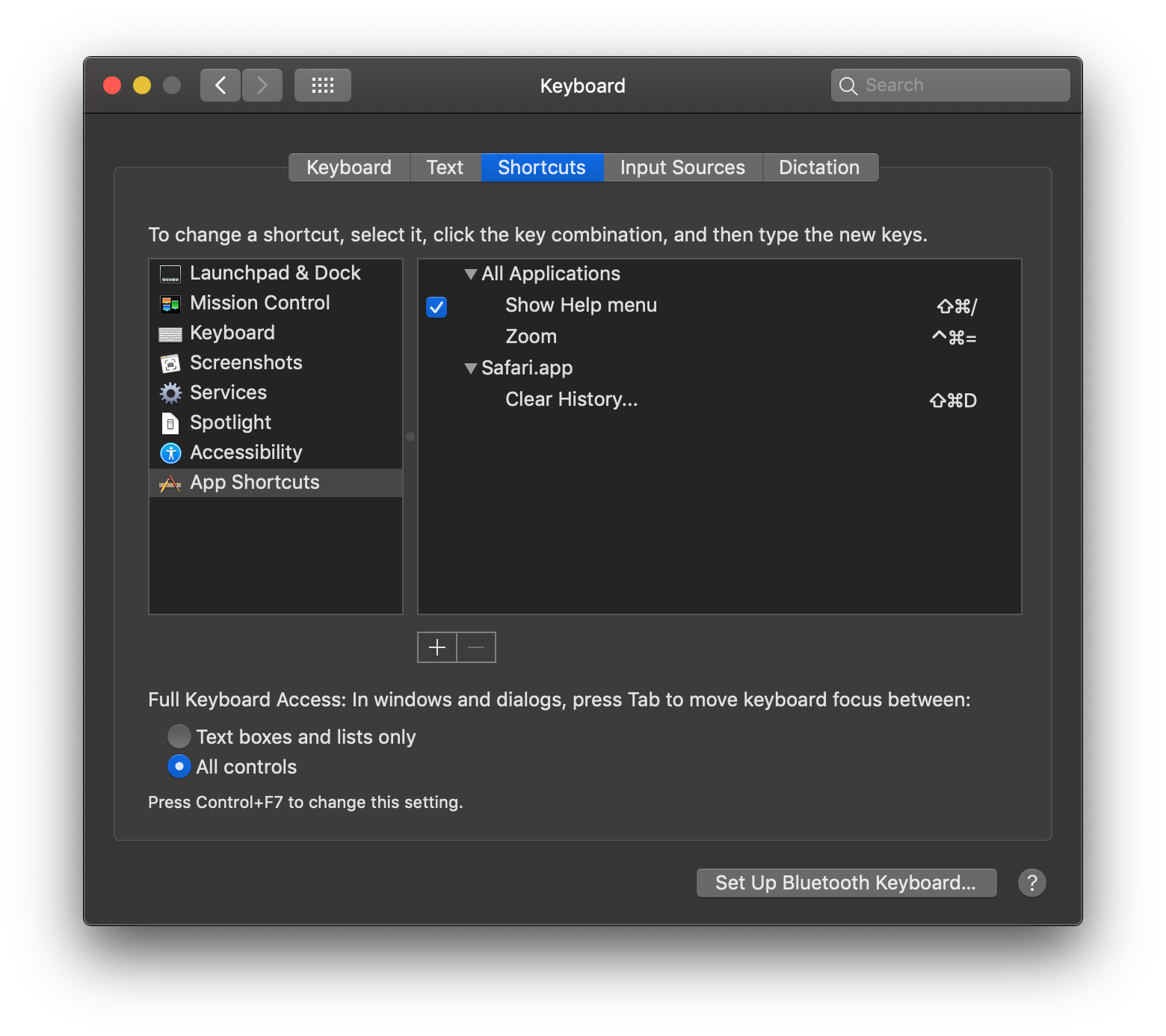 Click the + button, type the name of the menu item and choose the application it should apply to, and next time you look at the menu item, your new keyboard shortcut should show up next to it.

Figures expressed in percentages are ubiquitous, and interpreting and doing calculations with them is an important part of the basic mathematical lit...

Our data on contraceptive failure is terrible, and our education is worse. How can we as individuals improve our chances of avoiding unintended pregnancies?